WriteByNight is a writers’ service dedicated to helping you reach your creative potential. We work with writers of all experience levels working in all genres. Browse our book coaching, manuscript consultation, publication assistance services, and sign up for your free writing consultation today. 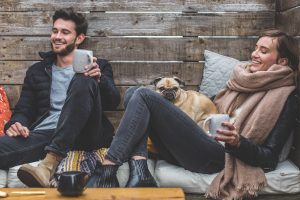 My writer friend doesn’t like the characters I write about. Fair. They’re crude and rude. They cruelly mock and brawl with each other. They’re grotesque at times, even when I don’t try to make them so. They’re definitely the kind of people he doesn’t like in real life, so why would he like them in stories?

Likeability is a word that comes up often in fiction. Should we write only characters a reader will like? If we write unlikeable characters, does it mean we’re writing an unlikeable story or book?

On the reading side, do you need to like a character in order to enjoy a book? Or can you like a book despite its unlikeable character(s)? Can you relate to or identify with an unlikeable protagonist and therefore still like the book?

And what the hell is it that makes a character likeable or unlikeable to begin with?

Recently on Yak Babies we discussed George Saunders’s story “Sea Oak,” which contains a couple of characters who are difficult to root for. I’d very much struggle to like them if I met them in real life. (Min and Jade, obviously.) But I like them on the page; they make me laugh. But I’m laughing at them, not with them, so the laughter feels kind of cruel. It’s complex.

Last year I read a novel called Ironweed by William Kennedy. A book I liked very much. But it’s hard to like a protagonist who accidentally kills his infant son while drunk and then disappears, leaving behind his wife and (if memory serves) two more kids. Oh, and by the way, he’s killed two or three other people along the way.

But damn, what a book.

Or how about Under the Volcano? With its three highly flawed characters full of unlikeable traits. I’m not sure I can say I like them. But I like the book. I love the book. And I relate to/identify with Yvonne and Hugh and, especially, Geoffrey.

And for me, that’s enough.

As a reader, I don’t need to like the characters I read about. There are plenty of real-life people I like. I don’t read books to find fictional friends.

I’m OK with the fact that my characters are unlikeable to my writer friend. But he also doesn’t relate to or identify with them, and that’s a problem.

Maybe it’s just him. You can’t reach every reader.

Anyway, I like my characters. In all their grotesque and flawed un-glory. Partly because of it, really.

And for some writers that might be the key. To write a successful unlikeable character, you must like, or even love, that character yourself, despite his/her flaws. 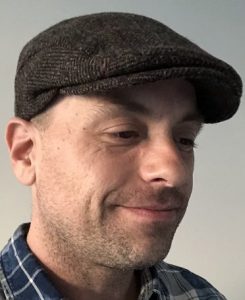 WriteByNight writing coach and co-founder David Duhr is fiction editor at the Texas Observer and co-host of the Yak Babies podcast, and has written about books for the Dallas Morning News, Electric Literature, Publishing Perspectives, and others.